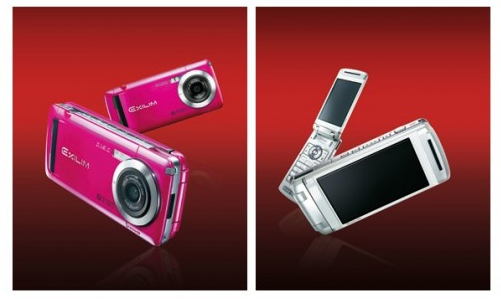 Taking the 8-megapixel handset battle and kicking it up 1/10th of a notch, Casio has announced the 8.1-megapixel W63CA. Sure, the name needs work – but man, this thing looks gorgeous.

Besides taking shots at an impressive resolution of 3288×2464, the W63CA’s camera rocks a wide angle lens, face detection, anti-shake and a 9-point auto focus. And because the camera apparently wasn’t going to be enough to have these things flying off the shelves, Casio went and shrunk a WVGA-resolution screen (480×800 pixels) down to 3.1 inches. That screen’s going to be sharp enough to cut diamonds.

We’ve got bad news, and we’ve got good news. The bad news: While its already made its way through the FCC’s torture chambers, you’re probably not going to find this one for sale outside of Japan. Oh, and we don’t actually have any good news, we just wanted to keep your spirits high during the bad bit.