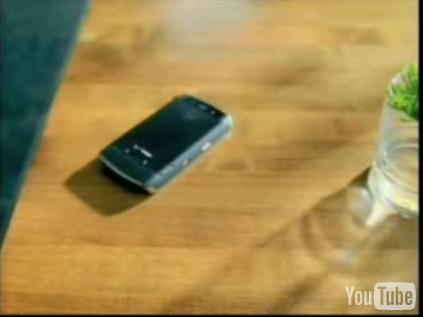 Remember that Nokia viral campaign we mentioned a few days ago?

The obvious bet would be something involving the phone shown in the countdown (the 7610 Supernova) – but that seems a bit anticlimactic, and makes the whole omniscient phone aspect kind of pointless.

Turns out, it was pointless. The mystery product is the Nokia 7610, which was announced (with a launch event and everything) back in June. The entire campaign revolved around the idea of “Someone else’s phone”, emphasizing just how much private stuff is constantly dwelling on your handset. Which, as far as I can tell, has no more relevance to the Nokia 7610 than any other handset.

It seems like a reasonable amount of money was dumped into this. They plunked down cash for three actors (not counting extras), at least a couple of film crew members, a handful of locations, the creation of the site itself, and the plethora of content to fill it. All for a viral campaign (which nobody seems to be following) based around an already announced handset (which isn’t all that notable)?

Regardless, the content continues to stream in – they’ve even got RSS feeds set up, with which you can keep track of the trio’s most recent riveting SMS. It seems like an awkward attempt at creating some sort of LonelyGirl15-esque environment, except with 3 people and using cell phones rather than webcams; while it’s fun to browse through for about 5 minutes, I can’t imagine why anybody would care to follow this one.