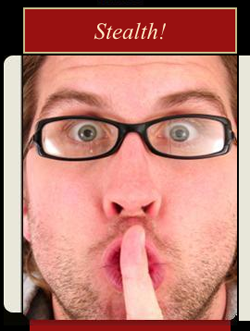 I had a phone call late last week with a semantic startup called Siri that was spun out of SRI International (the birthplace of the computer mouse and the LCD screen, among many other important technologies). Most startups are willing to talk about their products “off the record” but this one wouldn’t divulge much beyond the fact that they’ve raised $8.5 million in Series A funding from Menlo Ventures and Morgenthaler.

What we do know is that the company was incorporated in December 2007 with the goal of commercializing aspects of the CALO cognitive learning system, which receives heavy funding ($200 million plus) from the PAL arm of Defense Advanced Research Projects Agency, a supporter of research in a broad range of technologies that could potentially benefit the Department of Defense.

From the sound of things, Siri’s 19 developers – mostly engineers who count Yahoo, Google, Apple, Xerox, Nasa, and Netscape as their former employers – have been working on a system that will use artificial intelligence to automate many of the tasks that people currently conduct manually online. The founders describe themselves as out to change the fundamental ways that people use the internet, apparently by leveraging artificial intelligence that will learn from you and then give you the luxury of thinking less on your own.

All of this sounds very high and lofty, and we won’t know for sure whether this is all hot air until we actually see a product. But the company is very concerned that existing companies (Google, Microsoft or Apple, perhaps?) might seek to copy their ideas – hence the tight-lipped secrecy, which is expected to remain the status quo until the first half of 2009.

Until then, you can check out the startup’s teaser website which, appropriately enough, is located at stealth-company.com.