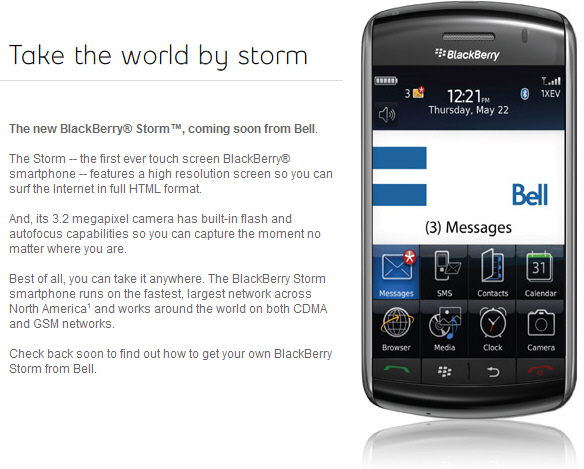 Somewhere north of the Canadian border, a Bell PR flack just woke up, logged in, and smacked their foreheads. “Oh, man. We were supposed to announce the Storm at Midnight, not noon? Gah!”

A half day behind everyone else, Bell has announced that they will be bringing the Storm to the land of poutine and Celine Dion. With both Bell and Telus now serving up the Storm in Canada, will Rogers hop on the touchscreen BlackBerry party bus, or will they keep all their bets on the iPhone?