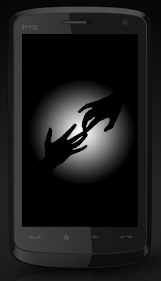 You hear that crashing sound? Those are my hopes and dreams, shattering.

Yesterday on Twitter, HTC announced that they have no plans to bring the Touch HD to US soil:

sad news, US. we looked into it- by the time we could bring Touch HD to the states, it would be old news. we do have other cool stuff coming

That’s really too bad. This was a really, really nice looking handset. After pawing at it for a few minutes back in September, I was willing to look past its Windows Mobile core for the sake of that glorious 3.8 inch WVGA screen. Oh well – see you guys at Shady Steve’s Import Shack.