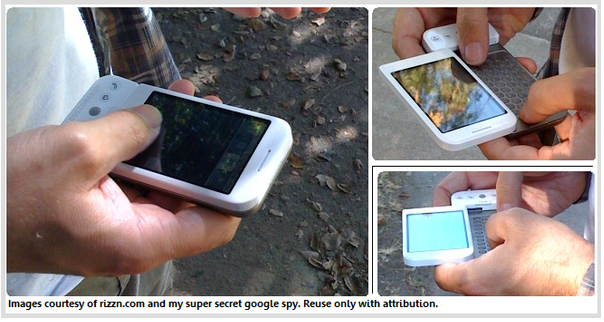 With the big announcement just days away, it’s no surprise that some folks out there might be totin’ the Android-powered HTC Dream (G1) around. Between all of the Google developers, HTC product engineers, and T-Mobile employees involved, in-the-wild shots were bound to get out sooner or later.

And now they have, on the blog of Mark “Rizzn” Hopkins. Rizzn got the shots through a friend-of-a-friend-of-a-spy, and passed’em on for the world to see. While there isn’t all that much new to see from these shots, it sure is nice to see it out and about – and more importantly, that it doesn’t seem all that tough to type around that eyesore on the end.