Interested in knowing what AT&T is up to for the next month or so? BGR managed to nab a product sheet that hit the desks just yesterday, listing the tentative dates for AT&T launches and discontinuations until the end of October. Now you can convince all your friends that you’re an amazing psychic! (Or, you know, just a huge geek.)

While most of it is good news, the big upset is the BlackBerry Bold date. Where as most were betting on an October launch, this sheet sets it as launching sometime in November, dangerously close to when the BlackBerry Storm might break out over at Verizon.

Check after the jump for a bigger shot of the product sheet. 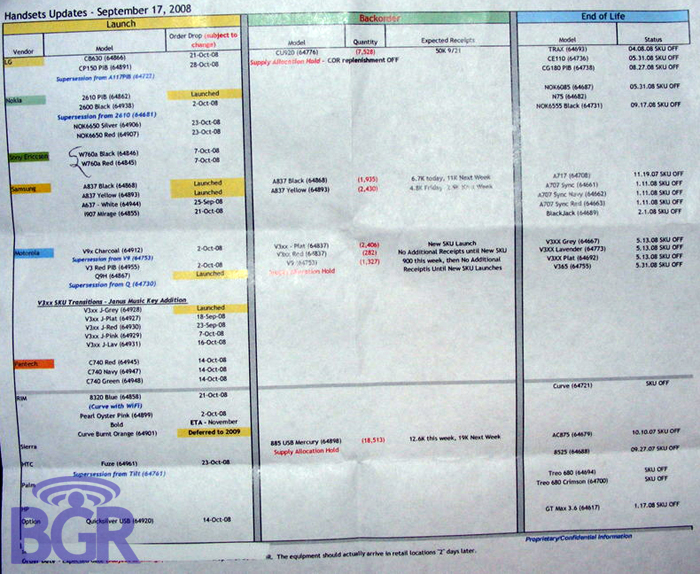