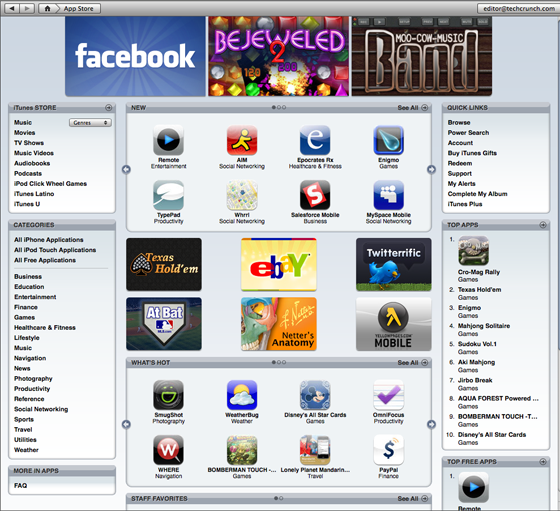 There may only be over 12 million iPhones in the wild, but that hasn’t stopped iTunes users from downloading more than twice as many apps as songs during the store’s first two months of availability, according to a report.

Steve Jobs said at Apple’s press event last week that users have now downloaded over 100 million apps. Assuming it maintains the same rate of 70 million app downloads it witnessed in August alone, it could hit 1 billion apps by the end of the store’s first year of availability, sometime in 2009. iTunes song downloads didn’t hit the 1 billion mark until its second year of availability.

But in reality, 1 billion downloaded apps could happen much sooner than the middle of next year. As apps become a key selling point for Apple going forward and more iPhones and iPods get out into the wild, more users will find reason to download apps and in turn, increase the download rate.

Apple has yet to comment on the possibility of hitting the 1 billion downloaded apps mark sooner than it sold 1 billion songs, but rest assured that the company’s hype machine will be in full swing as that time nears.