Adaptive Path, a product development and consulting service in San Francisco, is releasing a new web interface concept called Aurora this evening. The project, which was developed in collaboration with Mozilla, is being released to the community via the Creative Commons Attribution-Noncommercial-Share Alike 3.0 license and is available on the Mozilla and Adaptive Path websites.

Jesse James Garrett, the cofounder of Adaptive Path and the person who coined the term “Ajax,” is the lead designer for Aurora.

A video of the concept is above. People, places and things on the web are represented by objects in a three dimensional space. When users stop using objects, the objects drift off into the distance. Data objects can easily be dropped in and out of applications and communication tools are built into the UI.

Closely related objects are clustered together. As users rotate through the wheel (aka the dock) at the bottom of the page, the spacial view gives greater visual emphasis to clusters that are most closely related the object at the center of the wheel.

Aurora isn’t being productized – Adaptive Path is simply releasing the design and interface ideas into the wild as a “springboard” for an open discussion about how to evolve the user experience of the Web browser. 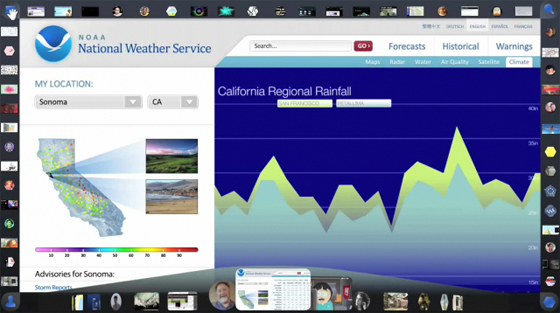 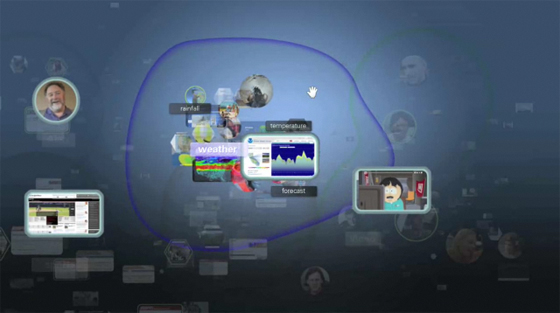 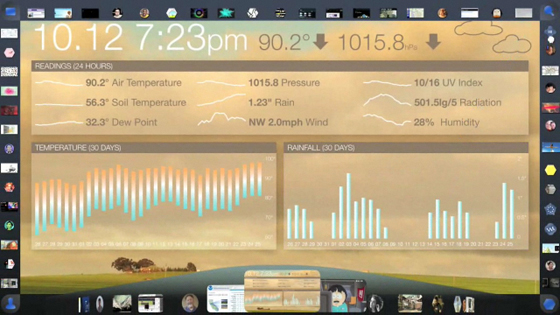 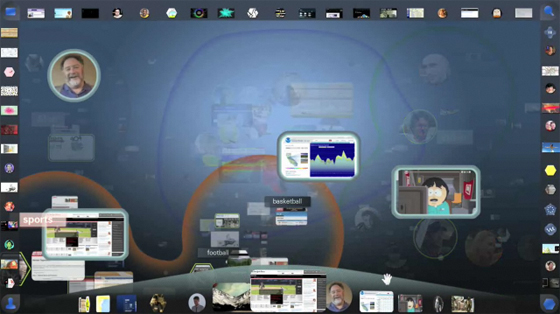