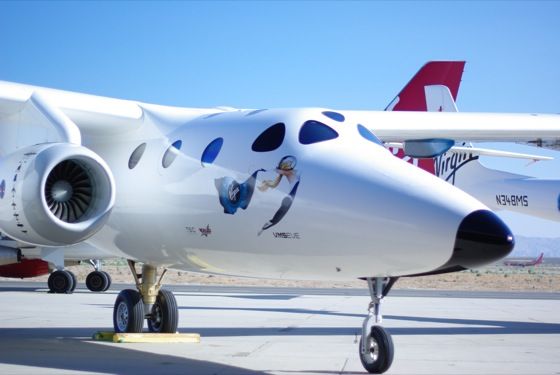 Our own space ninja, Peter Ha, is reporting live from the Mojave desert at the unveiling of the White Knight 2. Virgin Galactic is Sir Richard Branson’s latest venture which should put the rich into outer space where they can no longer harm us, the poor.

I’ve just touched down in the Mojave and we’re all awaiting the unveiling of the White Knight 2. Buzz Aldrin is on hand as well as Sir Richard Branson’s parents. The White Knight 2 is the world’s largest all carbon composite aircraft with many of its composite materials having been used for the first time. It has a 140-foot wingspan that’s the longest single carbon composite aviation component ever manufactured. The WK2 is capable of a maximum of 50,000 ft and has the power, strength and moves to help train pilots for pre space-flight positive G forces and zero G training.

Visit CrunchGear for videos, images, and a liveblog.