As an aside, Jeremy Zawodny, Yahoo’s technology evangelist who announced his departure last week, has announced he’ll be joining Craigslist next month.

Vish Makhijani, the SVP and General Manager of Search, is leaving, say our sources, to become CEO of Yandex, the “Google of Russia.” [Correction: He will be heading up Yandex Labs, not Yandex. See update below]. Yandex dominates the search market in Russia and is rumored to be going public later this year. Makhijani is a long time Yahoo exec, joining the company when it acquired Inktomi in 2002. Vish reported to EVP Jeff Weiner, who resigned earlier this week. 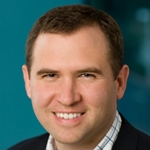 It’s not clear where Garlinghouse is headed next, the rumor is multiple private equity firms are vying for his attention. Frankly, given his operating experience (he grew most of the properties under his control to no. 1 in their market, even as Yahoo search fell apart over the years), it’s too bad he isn’t ending up in a CEO role somewhere. 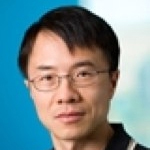 This rumor has been floating around for months, but EVP Qi Lu, the EVP engineering for Search and Advertising Technology Group, will be leaving Yahoo shortly. Lu reports to CTO Aristotle Balogh. He is the chief architect of Yahoo’s Panama search marketing platform (which means his job became significantly less interesting since the Yahoo/Google deal).

Brad Garlinghouse and Vish Makhijani were considered serious contenders to take over departing EVP Jeff Weiner’s role – obviously they’re both off the table now. But a bigger concern is that there just isn’t much executive talent left at Yahoo at this point, other than CEO Jerry Yang and President Sue Decker, who are increasingly isolated and seem to have lost the trust of all but the Yahoo board.

Update: Esther Dyson, who is on the Yandex board, e-mailed us to say Vish Makhijani is indeed joining Yandex, but as President and CEO of Yandex Labs in Silicon Valley. Not CEO of Yandex the parent company.
Update 2: Here’s the Yandex press release.