The Pluggd team is used to switching gears. The startup began in February 2006 as a destination site for podcasts. But after witnessing iTunes “suck the air out” of the market, it began developing speech recognition technology for video that could identify particular topics within news clips and other diverse content.

The venture, which was started by two former Amazon Web Services employees, has taken another step in the video direction by launching a full-blown Brightcove competitor called Delve Networks. Development began in earnest about ten months ago when Pluggd raised its Series A; the site went live just yesterday. 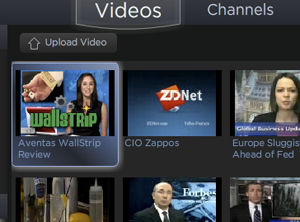 Like Brightcove – and several other platforms such as Maven Networks, Move Networks, and Ooyala – Delve Networks wants to manage and deliver video content for medium and large web publishers. Its management panel places uploaded videos into channels that are delivered through a customizable Flex-based player. Videos can be tagged, sorted into genres, and viewed through filters. The entire management experience is meant to be a large step up from that of Brightcove (and having suffered through Brightcove’s confusing user interface myself, Delve’s UI certainly appears much more intuitive).

Delve Networks is still putting the pieces together on some of the functionality publishers have come to expect, like analytics for tracking how videos are consumed. But the company has already rolled out is its primary differentiator: the same in-video topic highlighting technology it developed earlier while called Pluggd. 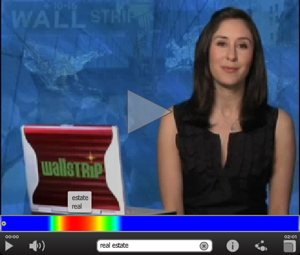 Publishers have the option of attaching a heat map of sorts to their videos. The map shows up below videos as a variously colored bar, which ranges from blue to red and activates when the user types in a particular topic. For example, if you’re watching a clip about a golf tournament, you can enter “Tiger Woods” and the bar will show you where the commentator spends time discussing and showing footage of that famous golf player. The topics are automatically detected by a combination of speech and contextual analysis, so publishers don’t have to break down their videos manually.

CEO Alex Castro tells me this technology engages viewers more effectively, and therefore monetizes them better as well. While the company is still working on the player’s user interface (and moderation panel for that matter) it has already signed up several beta customers including CNET, Intel, Small Screen Network, Jaudible, Bikini.com, and Wallstrip. Pricing has yet to be nailed down completely, but a free version for trial purposes will be made available in the next few weeks.