Turkish startup BeFunky has closed its first round of venture funding from Golden Horn Ventures in Istanbul. The amount raised was $550,000. Previously, the company raised $250,000 in seed capital in January, 2007.

BeFunky launched at TechCrunch 40 last year. Founded by Tekin Tatar and Kemal Ozisikcilar, BeFunky offers two services: The Cartoonizer and Uvatar. The Cartoonizer lets you upload photos and give them a cartoon effect. Uvatar lets you create a more realistic avatar based on a photo. The startup is releasing a newly designed Website today, and upgrading its Uvatar service to make it more automated.

But what I am most excited about is a product in the works called the Video Cartoonizer. It gives the same A Scanner Darkly effect for videos as the Cartoonizer does for photos. We’ve been using a pre-release version here at TechCrunch for an upcoming video project that we are going to launch soon. Here’s a sneak peak at what the effect looks like (from a video I slipped into this post on Kongregate): 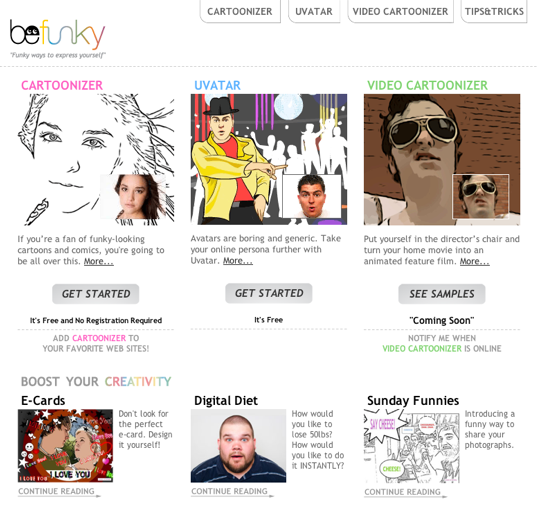