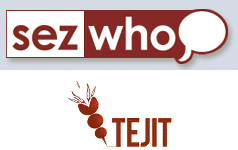 Call it a mini-merger. SezWho, which tracks the reputations of commenters across the blogs and other discussion platforms that have installed its plugin, has acquired a startup called Tejit that specializes in contextual analysis.

SezWho tries to establish reputations for people based on their areas of expertise. So if you make insightful comments on a sports-focused blog, your reputation doesn’t necessarily carry over to a technology blog, unless the discussion there turns to sports for some reason.

Currently, SezWho determines the current context by looking at simple indicators like post tags. Tejit’s semantic technology, however, should help them determine a comment’s context more effectively by analyzing the actual discussion that surrounds a comment.

As part of the acquisition (for which no price has been disclosed), Tejit’s CEO Indus Khaitan will join SezWho and head its development efforts. Khaitan began Tejit in 2007 as a way to identify redundant content among blogs – 5 million of them to date.

SezWho’s competitors in the comment enhancement space include Disqus, JS-Kit, and Intense Debate.