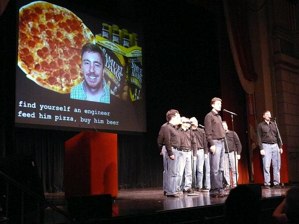 According to a new report from Thomson Reuters and PricewaterhouseCoopers, venture capital investment in the United States headed south in the first quarter of 2008.

The report found that venture outlays dropped 8.5 percent to $7.1 billion in the three months ending March 31 from the $7.8 billion invested in the previous quarter, resulting in the lowest quarter since Q4 2006. Funding for early and late stage companies declined in the first quarter, though funding rose for expansion-stage companies.

The Boston Globe noted that the VC slow-down was in line with the declining US economy, and quotes Nina Saberi, managing general partner for Castile Ventures saying that new startups are being hit the hardest:

“We see from early-stage investments that the economic slowdown has had an impact”….She cited an inhospitable climate for initial public offerings and a tougher market for acquisitions, two routes for cashing out of investment.

The first quarter of the calendar year is usually the quietest so part of the decline may be seasonal, and yet it would appear that the venture capital market, and in turn new stage web investments will not be immune from the increasingly dire American economy. It’s not all doom and gloom: internet investments overall were up this quarter, but the exuberance in the market over the last 12-24 months would appear to have peaked. The only questions now: how far will it drop, at what rate, and how much of the broader downturn in investment will affect internet venture capital.