Meetro is finally coming out of the closet with the hosted forum solution we anticipated last October, and it’s pretty much what we expected it to be: a white label platform like Ning except without all that social networking humbo jumbo, just good old fashioned discussion threads.

The product, once codenamed “Makaha”, is now officially known as Lefora. The team behind Meetro has effectively abandoned Meetro for Lefora, dropping all development and support for “the world’s first location-aware IM client and real-time social network.” 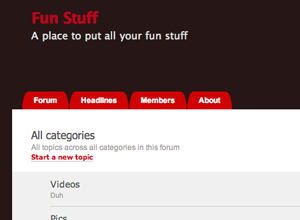 Much of Lefora’s feature set should be familiar to anyone who used forums in the 90s (they haven’t changed much since then). But it also supports capabilities not found with many modern-day forum solutions, such as the ability to easily embed YouTube videos, files, and images. Lefora uses Amazon S3 storage to host files uploaded to its forums, currently with no storage caps.

Lefora also surfaces the hottest topics and most recent activity on a special homepage, in addition to providing the standard structural overview of a forum. Membership to one Lefora forum can be easily extended to membership of another, since all of them access the same user base.

The look and feel of Lefora forums can be customized extensively with CSS modifications, pre-made themes, and color adjustments. Categories and widgets, such as those for polls and hot topics, can be managed via drag-n-drop. The company’s working on an API that will allow developers to add their own widgets to the gallery, although you can already add your own custom, HTML-based widgets. 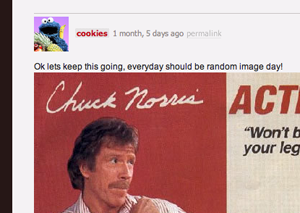 Moderation is an important element of forum management and Lefora has decided to build their own spam detection engine from the ground up. The engine is similar to Akismet and that used by Gmail in that it leverages data from many properties to detect and eliminate spam more effectively.

When we first wrote about Meetro’s plans, many commenters were skeptical that the web needed a Blogger for forums. CEO Paul Bragiel insists that forums are still very popular, with the top 2,000 forums boasting over 200m registered users.

He believes Lefora will not only make it easier to create forums, but it will “light them up” as well since the platform has been designed with SEO optimization in mind. Threads are given URLs that reveal their topic, as with blogging platforms like WordPress, instead of ones that look suspicious to search engines. If Lefora takes off, we might expect to see even more search results point to discussion threads.

In its current form, Lefora is a pretty solid product but not without its quirks, bugs, and inconveniences. The design editor could use some UI improvements and there’s no simple way to reset your password as a user. Also, Lefora has yet to feature some premium capabilities that more serious customers will demand, such as domain masking. But all in all, the service is off to a good start.