Ning certainly continues to rock and roll, at least according to data released by the company and reported by Comscore. The company, which allows users to easily create social networks, now has over 200,000 social networks on the platform and is adding another 1,000 or so per day. And Comscore-reported traffic is spiking up nicely: 3.1 million unique visitors/month, generating 71 million page views (February 2008). Ning, in short, looks like it might be a real business. Meanwhile, Ning competitor Flux, which is backed by Viacom, seems to have fallen off a cliff (we’re checking with Comscore on that data – see our earlier post on Flux growth here, including the update). Update: Comscore notes that the apparently severe decline in the Flux graph linked to above is overstated because of earlier inflation, so it is not really falling off a cliff. It never rose high enough to fall in the first place. 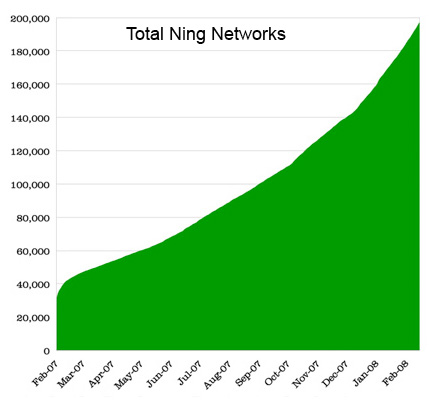 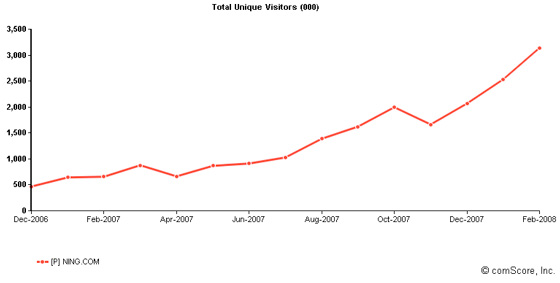