Hotel video guides are a vertical that has started to grow from nothing in the last nine months. We covered Trivop in June 2007, a site billed as the first video guide for hotels. Then came TVTrip, another videoguide for hotels that scored $4.8 million in funding in July. Both sites rely on professionally recorded video.

New comer Tripr.TV is embracing the move towards compensating user contributions with a videoguide for hotels that pays 33% of their commissions for every booking made via a user contributed video. To quote Tripr.TV on how much that might be:

A normal booking averages around 400 Euros. The average commission Tripr.TV receives is between 7 and 10 percent. The filmmaker will receive 33.3 percent. As a calculation example this would mount up to 400 x 7% = €28,- x 33,3% = €9,32 per booking placed through your video. Payment follows 30 days after the end of the month.

It’s not huge money, but it’s certainly better than nothing and if you’re holidaying in the hotel anyway, you can put your video camera to use. There is a few requirements though to qualify: videos must have “Good camera work,” good lighting, video with sound, so original noises are audible, “Don’t just film people or details, rather show a complete and representative view,” and the video clips should be a minimum of 30 and a maximum of 90 seconds long.

It will be interesting to see whether there is enough people out there willing to make and submit videos of hotels they visit, but any program that offers compensation for user contributions is a positive step forward in a broader marketplace which still mostly doesn’t compensate users for their time and contributions. 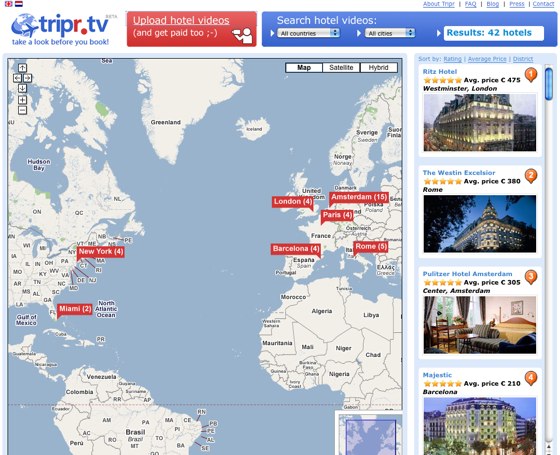