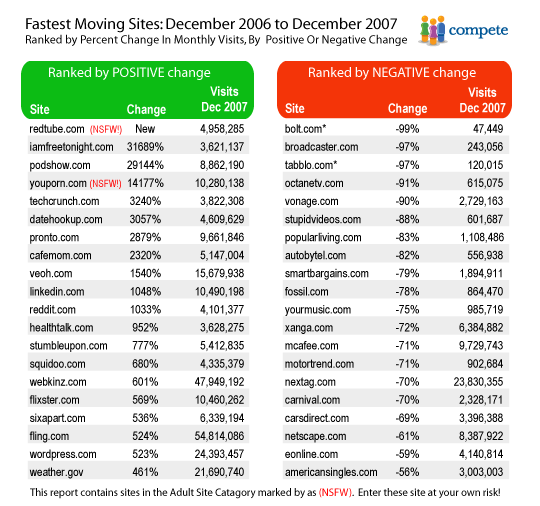 Now that I have your attention, Compete has released a list of the fastest-growing (and fastest-declining) sites of 2007. Some of the fastest growers include Veoh, LinkedIn, Reddit, StumbleUpon, Six Apart, and WordPress. Some of the notable sinkers are Bolt, Xanga, Netscape, and Autobytel.