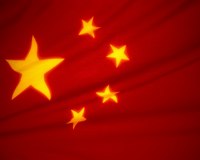 China has moved to censor and control online video websites under new measures that could block YouTube and other services in China.

Under the new regulations that will be in place starting January 31, sites that provide video programming or allow users to upload video must have a permit and be either state-owned or state-controlled. Permits for video hosting sites will be subject to renewal every three years and operators who commit violations may be banned for up to 5 years.

Chinafilm.com, a site run by the state-run China Film Group said that the majority of online video providers in China are currently privately owned.

To be forbidden specifically under the new regulations (although most are banned already) are videos that involve national secrets, hurt the reputation of China, disrupts social stability or promote pornography. Providers will be required to delete such content if it is uploaded and to report each incident to the State.

A spokesman for YouTube told the Sydney Morning Herald that the new regulations “could be a cause for concern, depending on the interpretation.”