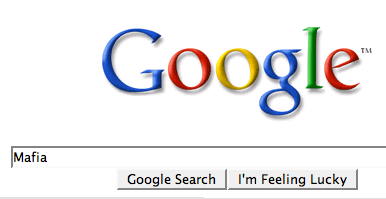 As Googlers get long in the tooth and their stock options fully vest, some are hanging up their employee badges and giving up the free food at the Google cafeteria to try their hand as venture capitalists and angel investors. (That is, if Facebook doesn’t nab them first). Just like the Paypal Mafia before them (Peter Thiel, Elon Musk, Reid Hoffman, Max Levchin, Chad Hurley and Steve Chen, Jeremy Stoppelman, David O. Sacks, etc), these rich alums are setting out to use their Google money as seed capital for a new round of startups.

But there are some major differences between the two mafias. The Paypal group was tightly knit and forced to direct their entrepreneurial energies elsewhere after the sale of PayPal to eBay. And, with the exception of perhaps Thiel, all are company builders first, and investors second. They did not just invest in other startups, they went on to found them—YouTube, Slide, LinkedIn, Yelp, Geni. PayPal still only had a few hundred employees when it was sold. In contrast, Google now has 16,000 employees. It is quite possible that many in the new class of Google investors never even knew each other while they were at Google. And while there are certainly plenty of ex-Googlers going on to found new startups as well, the emerging group of Google angels and VCs seems to be made up more of pure investors.

So who are these people? The growing Google Mafia includes Chris Sacca, Aydin Senkut, Paul Buchheit, Georges Harik, Satya Patel, Salman Ullah, Sean Dempsey, and Andrea Zurek. Sacca just left his post as head of Google’s bid for wireless spectrum and WiFi initiatives to become a full-time angel investor. Already while at Google, he invested in Twitter and PhotoBucket. Zurek, a former manager for AdWords, is also an angel. Patel, another former Google adverising exec, now works for Battery Ventures. Former deal-makers Ullah and Dempsey are reportedly raising money for their own venture fund.

But the Peter Thiel of the group (or is it the Reid Hoffman?) is former sales manager Senkut. Reports the NYTimes:

Since leaving Google in 2005, Mr. Senkut, 38, may have become the most active angel investor of the bunch, putting $25,000 to $100,000 each in about 35 companies. So far, only two of those were started by ex-Googlers. But Mr. Senkut has invested alongside other former Google employees, including Paul Buchheit, 31, who built the first versions of Gmail, and Georges Harik, 36, who ran many of Google’s new businesses when the company began expanding beyond Internet search.

The three invested in Meraki Networks together. Senkut’s Felices Ventures also has stakes in BrightRoll, Buzz Logic, Cake Financial, Dogster, FreeWebs, Mashery, MesmoTV, Mint, PowerSet, SayNow, and Yapta. Many of these names should be familiar to regular TechCrunch readers. So if there existed a Google Mafia venture fund and a Paypal Mafia venture fund (which would include Facebook, where Thiel sits on the board), which one would you rather invest in?