2007 was another big year for Google with the company growing to become America’s fifth largest listed stock (by market cap) whilst continuing its march towards world domination.

According to figures from comScore Google traffic increased 22.42% this year across its main web properties (excluding non-US sites and acquired sites such as YouTube). The star performer for the year was Google’s personalized start page service iGoogle which increased traffic in the 12 months to November by 267.64%. Other strong performers included Google Book Search up 54.66%, Gmail up 53.6% and Google Maps up 51.57%.

It would appear that users aren’t using Google to buy goods, with Google’s worst performer in 2007 being Google Product Search (shopping), down a whopping 73.26%. Google Scholar search dropped 32.14% and perhaps oddly in a year that Google added YouTube videos to its index, Google Video search dropped 11.82%.

Google’s core search engine still remains the most highly trafficked part of Google with other products a long distance behind. Google’s most popular products in order of traffic for 2007 were: search, image search, Gmail, Google Maps and Google News. 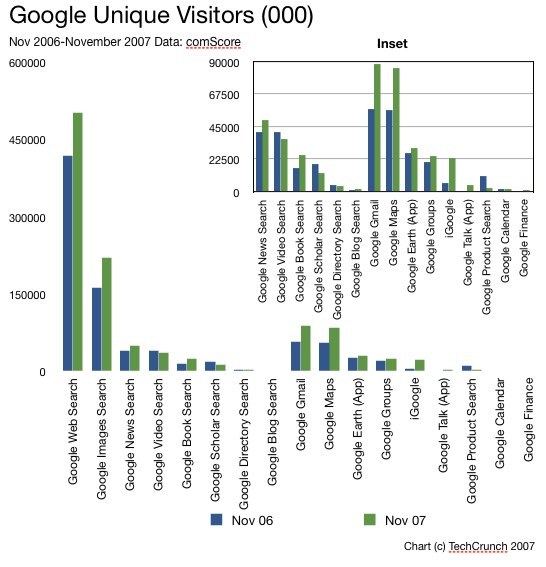 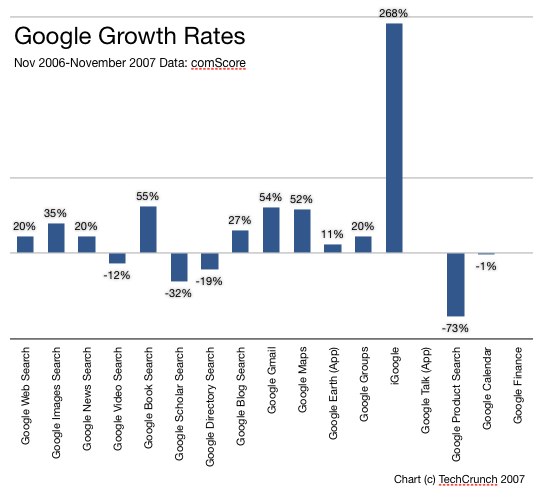