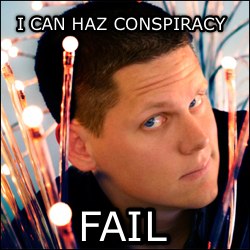 IZEA (the new holding company for PayPerPost) CEO Ted Murphy is not surprisingly calling foul on the move, claiming that it’s part of some sort of censorship conspiracy by Google. Better still Murphy claims that it’s part of Google’s attempts to deny competition because PayPerPost is a “a very attractive alternative” to Adsense.

Murphy goes on to claim that TechCrunch should be punished because our occasional posts thanking sponsors (like this one) is nothing different to what PayPerPost bloggers do.

TechCrunch, like many blogs occasionally puts up a post (usually monthly) highlighting our great sponsors, but lets look at one of these posts. They nearly always include the words “TechCrunch Sponsors” in the post title, and are very clear that its TechCrunch thanking our sponsors (“Thanks TechCrunch Sponsors”). There is zero editorial on the benefits for or against the sponsors such as PayPerPost, and it’s clear what the post is about, unlike your typical PayPerPost blog post. We also don’t take money for writing editorial content; TechCrunch publishes posts for and against without favor, where as your typical PayPerPost blog distorts the line between truth and paid advertorial.

Unlike Michael I’ve never been as strong in my dislike of PayPerPost, and although I’ve never used the service myself (I did sign up for an account when they opened so I could review the service) I’m all for exploring different ways for the little guy to make money, even if personally the ethics and morality of PayPerPost has never sat well with me. Yet if PayPerPost ever wanted friends, wild conspiracy centered posts such as this one just say “mad” to me. This looks and smells like a company that is not in a good way, a company that is lashing out as its business model starts to fail around it. I’m predicting Deadpool within 12 months; I can’t see a lot of bloggers being happy with losing Pagerank so we should see an exodus of bloggers out of PayPerPost (particularly ones with traffic) over the next few months. This will leave PayPerPost with inventory deficiencies that will result in diminished revenues making the PayPerPost business model unsustainable going forward.

thanks to Trace for the tip