Here at TechCrunch, there is nothing we love more than when one of our posts gets linked to and talked about. And like the majority of other blogs out there, we try to be good citizens by linking back to any source from which we excerpt. But there is a growing minority of spam blogs, or splogs, that indiscriminately take entire posts from other blogs and present them as their own.

For example, here is a screen shot from one random splog that just reposts TechCrunch’s entire feed with no links back to TechCrunch or even acknowledgement of the source: 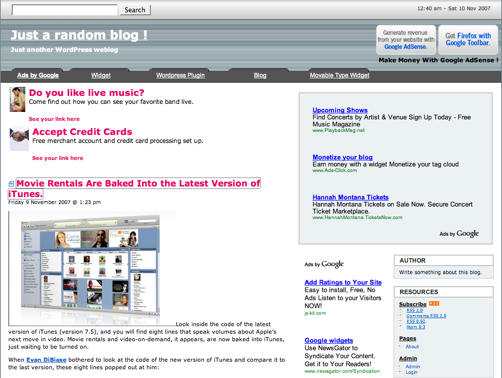 Just for the record, taking any blog’s entire feed and republishing it as your own content is not okay. Notice that the only difference between this splog and TechCrunch is all the Google ads splattered everywhere.

We are not alone in this. Any blog that produces fresh content on a daily basis is an easy target. Google makes it economical to create such splogs through AdSense and then rewards them with traffic through its search engine. Google (and the other search engines) need to stop rewarding such behavior.

We knew the splog problem was bad, but we didn’t know how bad until earlier this week, when I did a post about Attributor (a new startup that can track who is copying your stuff all across the Web). I noted that Attributor found one TechCrunch post that had been copied in one way or another 572 times (not all of them bad).

Attributor catches all matches of blocks of text, so I asked them to break that number down. First, they threw out anything that was less than a five percent match, which left us with 467 matches. Of those 315, or two thirds, linked back to the original post. So that is the good news. It appears that most bloggers are good citizens. But 152 of them, or fully one third, did not link back. And of those, 115—or 25 percent of the original—were plastered with ads, making money off our work without so much as a link.

Here is a screen shot of the original post, which covered the beta launch of Hulu: 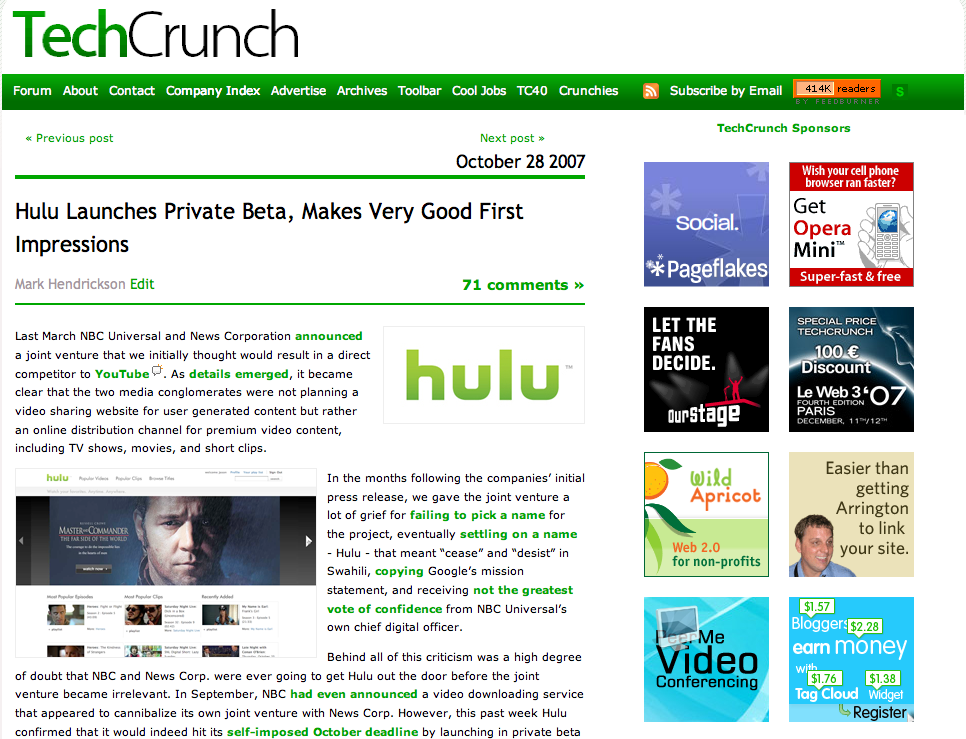 Now here is a screen shot of one of the splogs (notice the similarity?): 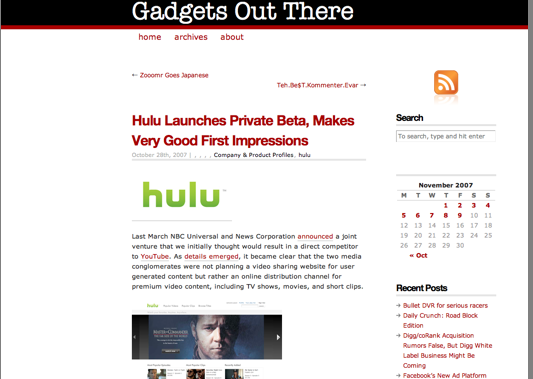 And another one (complete with a Jessica Alba cheese ad—although it arguably does give the headline an unintentionally different nuance): 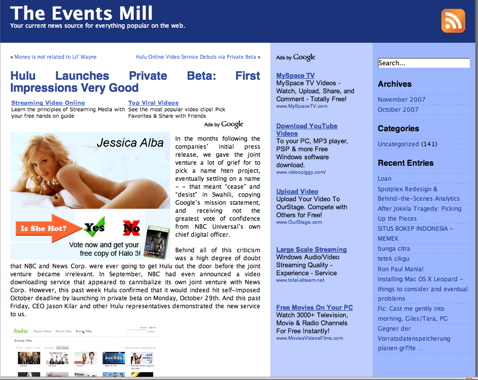 You get the idea. Admittedly, this is completely anecdotal. It is only one post. But it does point to a larger problem. Other bloggers out there, have you been splogged today? Probably.