I keep hearing more and more buzz about open-source hardware. One of the most ambitious open-source hardware startups is Bug Labs. The company is creating a Lego-like hardware platform that tinkerers and engineers can use to create their own digital devices. I visited their offices in New York earlier this week and played around with a prototype. It starts with a BUGBase, which is a general-purpose Linux computer about the size of a PlayStation Portable, encased in white plastic. This has four connectors that plug right into the motherboard. The company will also make a variety of modules that can plug into the computer—like an LCD screen, a digital camera, a GPS unit, a motion sensor, a keyboard, an EVDO modem, and a 3G GSM modem. (There are also places to add USB, Ethernet, WiFi, and serial ports). Bug Labs is planning on making 80 modules over time, and hopes outside companies and developers will create their own.

CEO Peter Semmelhack hopes to make possible the “long tail of gadgets.” With Bug Labs, the idea is that an engineer or entrepreneur can now create a digital device customized to their exact needs even if the market for that device is only 10 people, or only one. This could be great for making prototypes on the cheap—no need to tool up a factory or find one in China that wants a couple million dollars to do your first production run. Soon, designers will be able to just order a Bug Labs kit with the modules they need and write the software to tell the device what to do. This product is aimed squarely at engineers. But making a gadget will become a lot easier—maybe as easy as creating a Web 2.0 site.

And if someone comes up with a winning combination of hardware features, the guts can be easily repackaged into a slimmer, better designed case and manufactured in the thousands or millions like any other device. So there is a way to ramp from hardware curiosity to consumer gadget. Still, it is unclear that a long-tail approach to gadgets will ever create the scale and demand necessary to support a hardware business. Time will tell. (Fred Wilson of Union Square Ventures is an investor)

The Bug won’t be on sale until December at the earliest, but below are pictures of what they will look like. The modules literally click together like Legos, and you can put them anywhere you want. For a GPS camera, for instance, you would put the LCD screen on the back, the camera on the front, and the GPS module in one of the other slots. Rearrange the modules or swap in new ones to create an entirely different device. I want one. Don’t you? 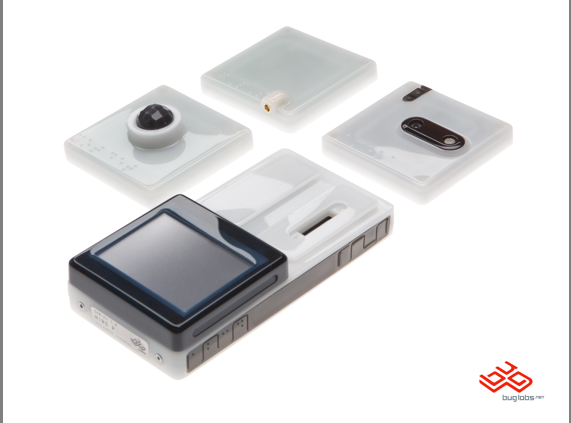 Here are some of the individual modules (screen, camera, and motion sensor): 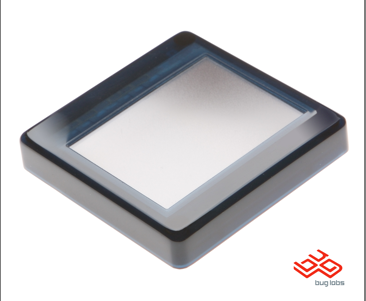 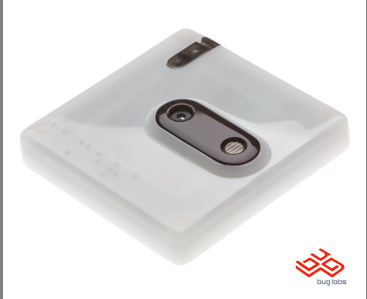 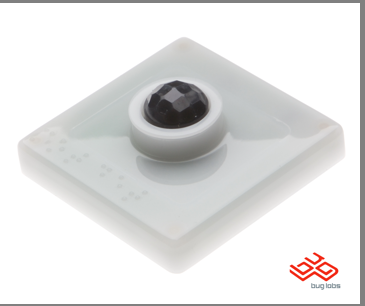