Om Malik says Facebook traffic is tanking, based on the September Comscore data which shows a 9.3% decline in uniques v. steady uniques at MySpace.

There’s a problem though – he’s showing unique visitor data but talking about traffic. The Comscore data for U.S. traffic shows only a 4% decline, from 15.2 billion to 14.7 billion page views. MySpace declined 2% in that same period.

And the data is also only taking U.S. traffic into account. Over the last year, non U.S. users have grown to become more than half of Facebook’s total audience. Comscore worldwide data runs a month behind U.S. data, so that information is not yet available for September.

But the bottom line is, there isn’t enough information yet to make any kind of definitive statement about Facebook traffic. It’s also worth noting that something very similar may have happened last year (a September dip in traffic) At the very least we need to wait for the international data.

Data is below – unique visitors is top, below is page views. 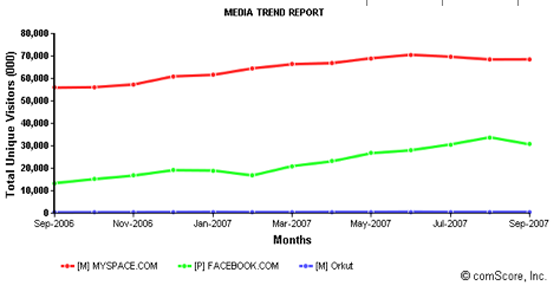 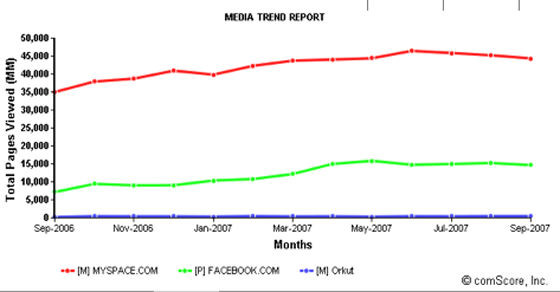