I just returned from our party in central London to celebrate Seedcamp Week and the relaunch of TechCrunch UK & Ireland.

Robert Loch, who’s famous for his London parties, generously agreed to have the event at his penthouse London flat in Soho. His parties are so notorious (and I use that word intentionally) that we had to keep the location secret and only email it out to attendees who’d registered. Even so, 50 or so people showed up “off list” and were able to get in.

Total attendance was about 250 people, including most of the venture capitalists in London who invest in the Internet, most of the Seedcamp attendees and a ton of other entrepreneurs. Skype founders Niklas Zennström and Janus Friis also dropped by for an hour or so.

One thing I need to remember for our next party – Londoners drink a lot more and stay out far later than their Silicon Valley geek counterparts. We actually ran out of alcohol completely at around 10:30 but Heather soon had another shipment brought in. I left at 1:30 am to get back to my day job. As far as I know the party is still going strong.

The primary reason for the party was to celebrate the relaunch of TechCrunch UK & Ireland, after a nearly year-long hiatus. I am very pleased to announce the return of Mike Butcher as the editor of the site. Mike knows everyone in London – seriously – and he has deep experience writing about startups at The Financial Times, The Industry Standard and The Guardian, among other publications. We are very lucky to have him rejoin the TechCrunch team. Look for his coverage of Seedcamp on Friday morning London time.

See more coverage of the relaunch at The Guardian.

Thank You To Sponsors

Heather put the party together in a week after we nearly canceled due to a lack of an appropriate venue. Still, a number of sponsors stepped up to cover costs of the event and supplied excellent food and drink. Thank you to all. And special thanks to the Seedcamp team for working with us to organize and promote the party. 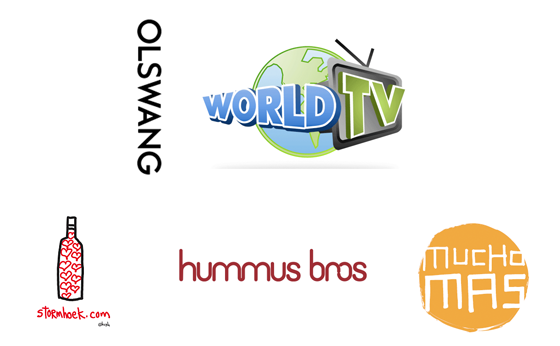 Olswang is a leading law firm renowned for its work in media, communications, technology, real estate and more recently, biosciences. Founded in 1981, the firm has grown to a staff of more than 500 and has offices in London, the Thames Valley and Brussels. Olswang is organised with both a sector and service line focus, enabling it to deliver specialist legal advice backed by a strong business perspective.

WorldTV is an exciting, second generation video site offering a slick and user-friendly interface for online aggregation, personal archiving, search and viewing of multi-definition video content in Flash, including access to more than 25 million video clips from a range of popular, well known sites. The service lets users create their own full-screen online TV channel, complete with MTV style logo and all at a cool and easy-to-remember URL. Based in London and Limerick, Ireland, WorldTV will launch out of private beta in November, and is an idea from Smashing Concepts! – the UK ideas and incubation company.

Thanks to Mucho Mas Burrittos (seven days old, founded by former Skype guys, better than Chipotle) and Hummus Brothers for feeding us, and Stormhoek for supplying the excellent wine for the event. The food and wine was awesome and you kept everyone appropriately fed and watered.