The Twitter team must have had a Red Bull machine installed at the offices, because suddenly they’re launching new stuff left and right.

They recently added search and Gmail import features to the service. And on Friday they are launching a new area of the site called “Explore” where they’ll list some of the tools people can use to interact with Twitter off the site itself. Along with Explore they will also be releasing a new visualization tool called Twitter Blocks – “an abstract way to navigate your Twitter neighborhood or block.

Twitter sent us these screen shots but we haven’t had a chance to see it in action yet. Cofounder Biz Stone says “It’s a crazy, interactive, animated 3D application so it’s easier to understand when you interact with it.”

Twitter brought in Stamen Design to help with the project, the same team behind some of the Digg visualization tools launched last year.

Motorola is sponsoring the new Explore site. Screen shots below: 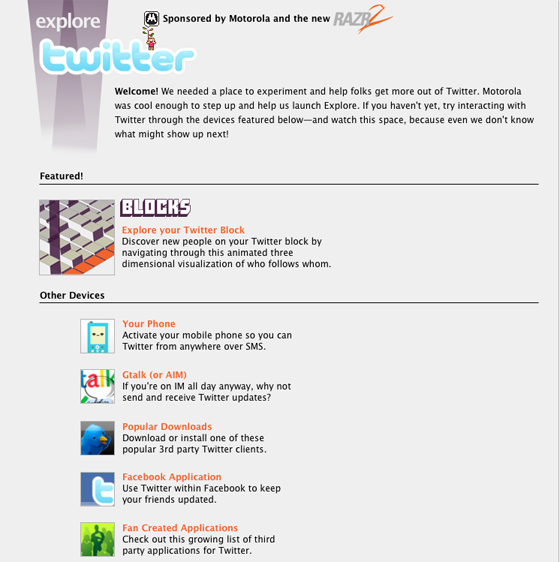 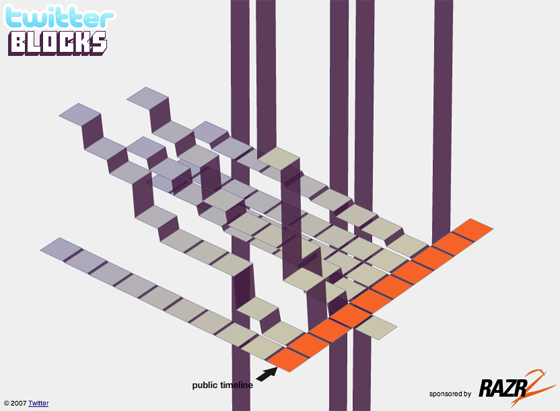 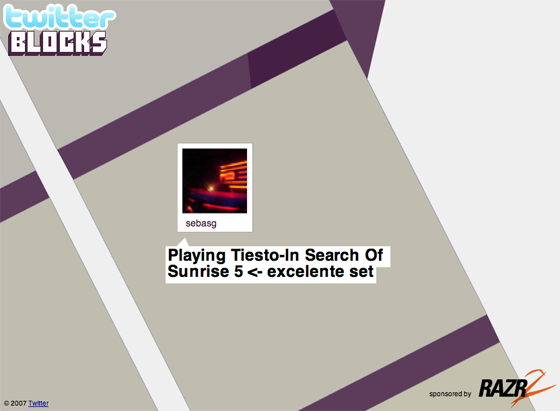