The timing couldn’t be much better for InterActiveCorp to launch Zwinktopia, a new virtual world for young teens. Other virtual worlds, such as Gaia, Habbo Hotel, Cyworld, Neopets, Club Penguin, Webkinz and others, are exploding in terms of unique monthly visitors and total time spent at the sites.

Until today, IAC’s Zwinky was a site to make customized avatars, choosing from 10,000 different outfits, accesories and other items, and embed them onto other websites such as MySpace. Users could also become friends with other users and enage in basic social networking activities. See Stardoll as well in this space.

Most of the functionality at Zwinky is accessed via a non-mandatory browser toolbar that users install. Zwinky says that they have 20 million active toolbars that were used in March 2007. Part of Zwinky’s business model is to collect search advertising revenues from toolbar usage.

Today Zwinky will add a virtual world to the site called Zwinktopia – users can use their avatars to roam around the world, chat with other users and engage in activities to earn Zbucks, the virtual currency of Zwinktopia. Zbucks can be used to buy virtual clothing and other goods.

Zwinky alone has 4.7 million worldwide unique visitors in March (Comscore), far more than Second Life and the other competitors listed in the first paragraph above. If a reasonable number of them can be converted into exploring Zwinktopia, it will become the largest immersive world outside of the gaming sites like World of Warcraft. See Comscore comparision data below (U.S. only).

See GigaOm’s recent article on Gaia, which is probably closest to Zwinktopia in functionality. 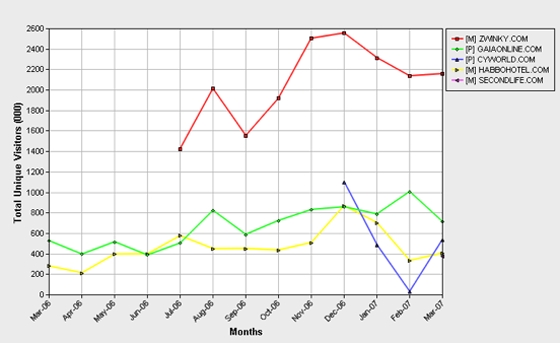 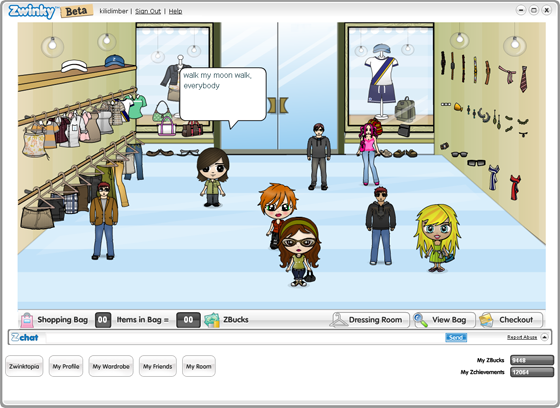 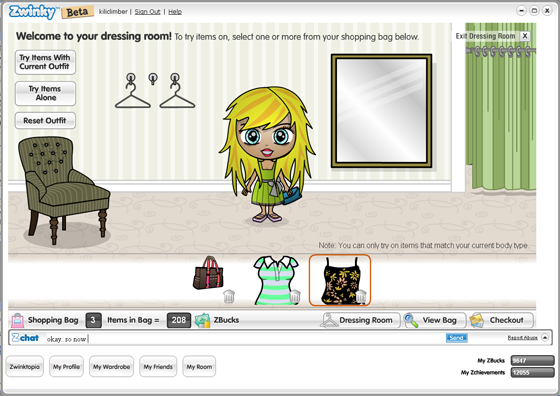 Update: The company will be running the television ad promoting Zwinktopia embedded below on NBC on Monday.