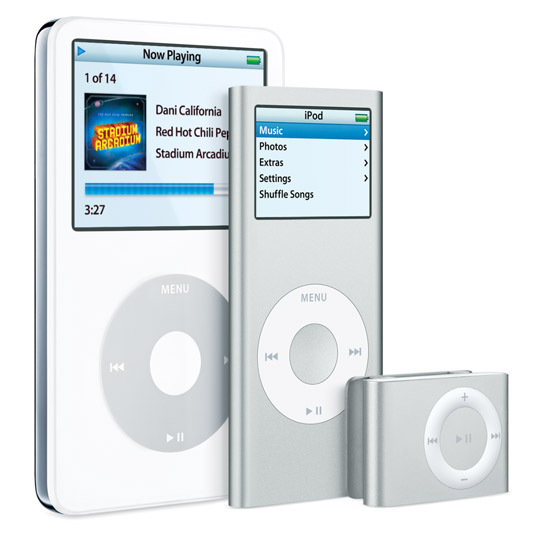 We’d like to remind you all that a little over five years ago, there was no iPod. MP3 players were limited to the likes of a 256MB Rio that would set you back $189.99 at an EBGames. Then came the iPod. It rocked an industry, set a new benchmark, and become the product to have. Now Apple has sold its 100 millionth iPod. Think about that for a second. That’s enough iPods to fill up an Olympic-sized swimming pool with enough left over to give everyone in NYC an iPod. Amazing stuff.

And so, Apple rejoices as profits climb and we rejoice as we listen to music in a whole new fashion. Hell, the iTunes Music Store has sold 2.5 billion songs, so Apple has got to be doing something right. Take today to listen to your iPod and be thankful Apple was able to sell you a DAP done right for an inflated price. Yeah baby!