The fragmentation of widget platforms presents a problem for developers, who need to develop and then maintain different versions of widgets for the various desktop widget platforms (Vista, Mac, Google, Yahoo) as well as online platforms like Pageflakes and Netvibes (and lots of others).

The W3C has a working draft of a 1.0 Widget specification, which if adopted would make life easier for developers by requiring some standardization. However, the best solution for everyone would be a world where a widget works on every platform, no matter where it was originally created.

Today at the Future of Web Apps conference in London, Netvibes founder Tariq Krim announced that their upcoming “Coriander” release will do just that. The new product will be called the Universal Widget API and will be available at eco.netvibes.com/uwa (this site is live now with a landing page, more information will be available next week). Once launched, any widget created for Netvibes, Krim says, will work on the Vista, Google, Mac and Opera platforms as well. Support for Yahoo Widgets and other platforms will follow soon after.

A single javascript embed code will add the widget to any of the supported platforms. The code will recognize the platform and run the appropriate code for that platform within the widget. Once Coriander has launched, sites will be able to create and promote a single widget embed code for most platforms.

Krim showed me Netvibes widgets running on a Mac as well as Google. Screenshots below. For people familiar with the look and feel of Netvibes modules/widgets, they will be immediately apparent.

Krim also announced that Netvibes will be open sourcing the runtime at the same time as the platform launches, allowing anyone to expand the number of widget platforms supported. Expect smaller widget platforms to jump on this.

Netvibes now claims 10 million active users. Krim says 1/3 of those users spend at least an hour per day on Netvibes, and 10% have Netvibes open “virtually the entire day.” Krim also announced that Netvibes will be supporting OpenID this year. 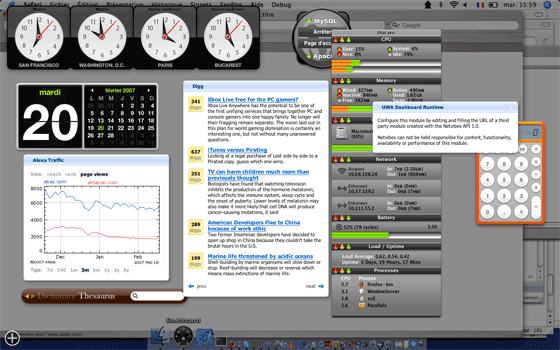 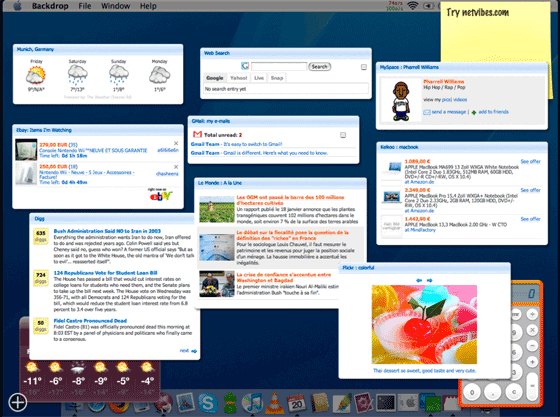 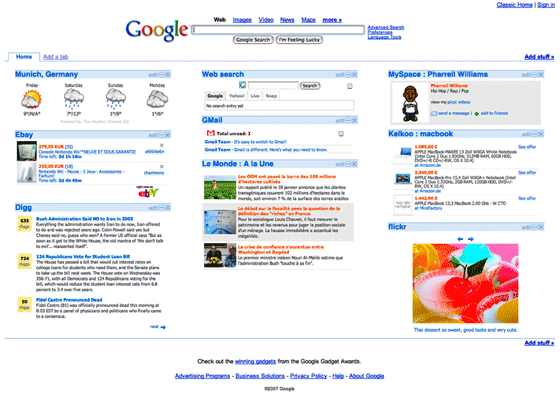