The rumors around a possible Metacafe acquisition continue to swirl around silicon valley, with Yahoo or Microsoft being considered the most likely acquiror, at a $300 millionish acquisition price. Another potential acquiror is a rumored industry consortium looking to buy its way into the space. We’ve gotten confirmation from a number of potential acquirors that the company hired Lehman Brothers to shop them around, and were asking for $200-$300 million.

Acquirors are also expressing concern over the relatively large percentage of “adult content” hosted by Metacafe – a profitable but difficult business to be in. 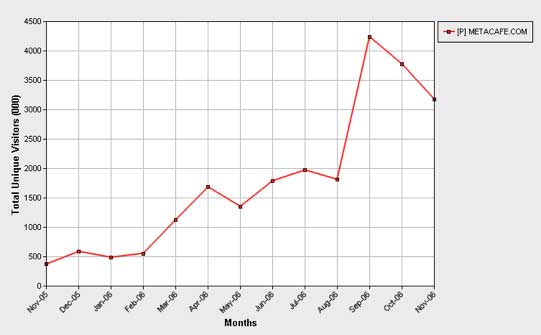