Coupons by mobile phone service Cellfire goes nationwide for Cingular users today, with support for other carriers said to be on the way in the future. Oliver over at MobileCrunch reviews Cellfire and points out that tests in California saw coupons redeemed at a rate of almost 20%, with some surpassing that mark. That’s pretty incredible compared to paper coupon redemption rates.

The number of participating merchants is small right now (7 total, including Hollywood video) but with a success rate like that you know more companies are going to be interested. Will consumers want to download software to their phones, check for coupons at large retailers and hold up their phone displays in front of check out staff for a discount? The company says that dedicated software is perceived as far less intrusive than SMS messages and that makes sense.

I’d say it could work, but it looks like it already has in early tests. Will the rest of the world go as California goes? Will people continue to use the software after the novelty runs out? We shall see. I have a hard time getting excited about coupons on my phone, to be honest, but it seems that other people don’t. I imagine this will be common practice in the near future. 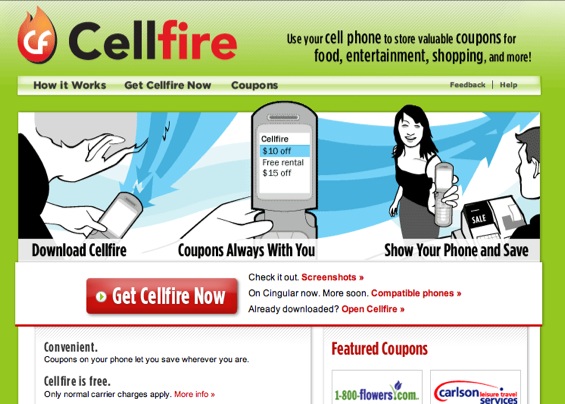