Tag metasearch engine Gada.be (TechCrunch posts describing the service are here) is getting a name change and a redesign at the Gnomedex conference in Seattle later this week (Chris Pirillo founded the company and also runs the conference).

The new service will be called TagJag (and will be at TagJag.com). Like Gada.be, TagJag can be queried easily from a mobile device.

Gada.be launched in October and, according to the company, serves about 30,000 daily queries. See more about it in the About section of the site.

The new site will go live next week – screen shots of the new TagJag are below. 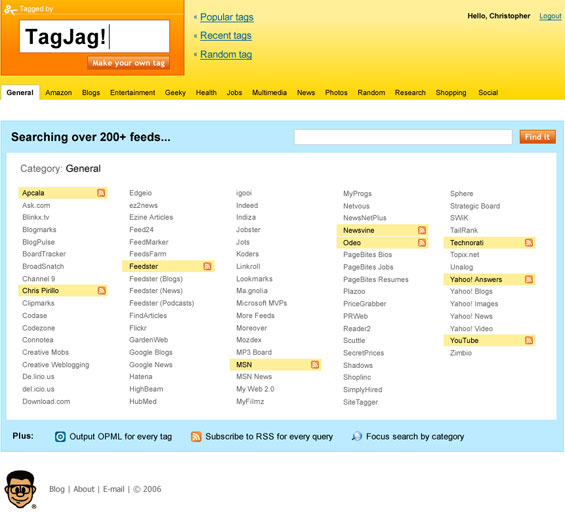 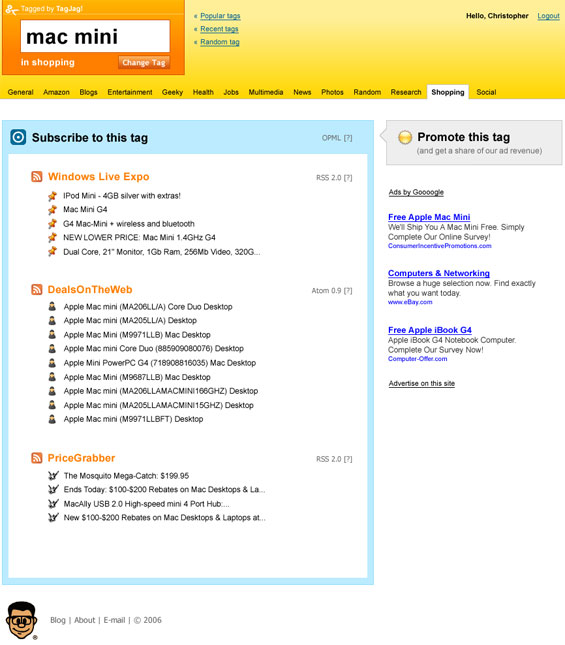